With Spring practice starting back up, I thought it would be fun to start a thread with everyone's favorite games.

What is your go-to game during practice?

DD's first year of All-Stars in 8U, they did an around-the-horn type game and it just kept going until someone would drop it. The goal that year was 40. This past season her team stopped at 100 (probably could have gone longer). But the girls always like that one toward the end of practice.

The running drill they have is to split into two teams. One team stands at 2nd, the other at home. One girl on each team will start running the bases all around and the first team to have all of their players finish wins. Similar to that, they have two teams and they both start at home, but one team goes to 1st and the other to 3rd.. Coaches judge who got to their base first. 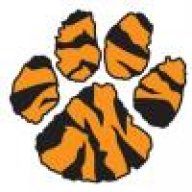 DD's coach uses kickball as his situation drill. Instead of throwing at the runner to get them out (they way we played the game back in my day), you have to either tag the runner or the bag, if it's a force play. The girls love it and it keeps them moving and engaged. 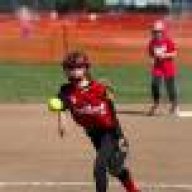 A fun hitting game my team liked last summer was line drive or out.

Line the team up along the fence with helmets and bats.

1 hitter is up, she stays as long as she hits fair ball line drives, everything else is a out and you move to the back of the line. (you can adjust the "safe/out" for whatever level your team is)

Moves pretty quick and you need at least 2 full buckets of balls, 3 or 4 is better.

When you run out of balls it's time to pick them up. Found it a good way to end pratcie.
B

I love a good ol fashion scrimmage. We do a mothers vs daughters game every year. The moms actually get jerseys with nicknames and numbers on the backs. We use a tee for both teams. We are lucky, the moms are pretty good and 2 of them played ball at small colleges. The moms have won 2 years in a row by 6 runs when they we were 10u and by one last year. It is really fun.
C

Line the team up along the fence with helmets and bats.

1 hitter is up, she stays as long as she hits fair ball line drives, everything else is a out and you move to the back of the line. (you can adjust the "safe/out" for whatever level your team is)

Moves pretty quick and you need at least 2 full buckets of balls, 3 or 4 is better.

When you run out of balls it's time to pick them up. Found it a good way to end pratcie.
Click to expand...

I got one from this forum similar to this, with a few differences.

Line them up with bats and helmets, and their fielding gloves nearby. Each batter gets one pitch, and one pitch only. They have to hit it to the grass. If it goes foul, they're out. If they miss, they're out. If they hit a trickler that stays in the infield, they're out. It has to reach the grass. If they reach grass, they go to the back of the line and get another chance to hit. If they're out, they drop their bat, get their glove, and get in the field as quickly as possible. If they cleanly field a batted ball (any caught fly ball anywhere on the field and any caught groundball in the infield), they can get back in line to hit again and whoever hit it is out. If a batted ball is not successfully fielded and doesn't reach the grass, the batter is out. So the game is easy at the beginning, and gets progressively harder as the field fills up with fielders. A few things happen with this game. One is that the girls fielding become a lot more aggressive at charging and fielding a batted ball, since they are in a race with each other to get the ball. Near the end of the game, it won't be uncommon to see 10 players standing in the area between 2B, 3B, and LF. Another thing that happens is that the batters begin to try to hit the ball where there are fewer fielders. A lot of this happens without any coaching. They will ask you to play this game over and over.

Another one I got from this forum was a dodgeball-like game. Line up half the team between 1B & 2B and the other half between 3B and home, and have them face each other. Put a ball in the middle and select two girls to race each other to the ball. If you're afraid they'll run into each other, set out two balls and determine a winner. Whoever wins takes the ball back to their line. Now the game begins. The sides take turns throwing the ball towards the other side. The objective is to try to get the other side to miss the ball. The ball must touch the ground at least once before it crosses the line. The other side's objective is to catch the ball before it gets past them. They are allowed to back each other up, so if a girl misses it and someone else catches it before it crosses the line, they're ok. If the ball gets past them, then the player that didn't field the ball is out (you may have to determine who that is sometimes when it's between two players). If the thrown ball crosses the line before it touched the ground and is uncaught (the throwers start trying to throw short hops after a while and miscalculate and throw low liners instead), then the thrower is out. If the ball is caught before it touched the ground, then the thrower is out and the catching team can bring back one player. As the number of players on each side dwindle down, you can shrink the area to be defended (use a couple of cones). 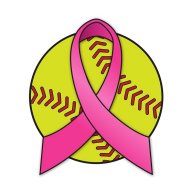 One game I do with my players if we have enough time we just call "The Hitting Game".

- Position players at any position (generally except pitcher and catcher UNLESS there's enough for at least the pitcher spot) with 1 batter.
- Coach side-tosses 5 balls to the batter (at home plate). Fielders treat the ball as live and make the play.
- Ball hit through the infield cleanly = 1 point. Ball hit past the closest outfielder cleanly = 2 points. Any defensive error = 1 point.
- On the 6th hit, the ball is live (batter runs). For every base that's safely touched, the total points earned by the batter is multiplied by the base. (e.g. 6 points followed by a double = 12 points). BUT if the batter-runner is OUT at any point during their live hit, they lose ALL their points. (tagged out, force out, fly ball, line drive, etc.)

It becomes VERY competitive because the defense in the field has to work as a team to get the batter out, BUT it's every girl for herself with the points. Winner usually gets a candy bar next practice or gets to skip some part of running (always a good incentive, though I incorporate a lot of running into practices - they can only pick ONE time to skip) 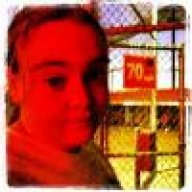 These are some of the games in practice I use to make it interesting for the girls.

Last Girl Standing - I can pitch and I am accurate most of the time. I pitch, each girl lines up in the dugout with a bat and helmet. each girl gets one pitch at the plate, if they make contact then back in line and the next girl bats, if they miss or don't swing they grab a glove and hit the field to field balls. The game continues until only one girl is left standing. I start with the first round each girl makes contact, then the second round it must be a fair ball, then third round it has to be solid contact, then fourth round it has to be in the grass. I give a gift to the winner maybe a Poo Bear toy, the young kids love the Poo Bear stuff and the older kids it embarrasses them and the other girls get to rag them about it.

Solid hit - I pitch and once again each girl with a bat and helmet, each girls bats and they must make a solid hit, each solid hit adds up until one girl does not make solid contact, then the next girl starts over. Keep track on the number of straight solid hits and each round the girls try to set a new record. The girls may get as many as 12 - 15 or even more the goal is each time to better the high score of most solid contact.