The announcers get more wrong than right in these games, but in the ASU/Northwestern game just now, there was a play where we almost had two runners at the base at the same time (runner was tagged before reaching the base).

Color commentator, and I don't know who it is, said in the context of just tagging both runners if they're both on the base something to the effect of "The lead runner is always the one who is out."

This is, of course, false. The lead runner is always safe unless she is forced (this was not a force play).

Pretty sure this is the same announcer who, last night, when a slapper was called for a sliver of a toe being out of the box, acknowledged it was the correct call and then said the umpire should not have called it because of the situation (a close game).
C

Oh, another one: On almost every replay review across all these games, if a call does not get overturned they say "Just not enough there" even if the replay review is 100% obvious that the umpires got it right. 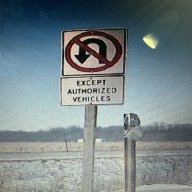 Beth in her overdone voice “She wants a grand salami”

Not even an uncomfortable laugh from the rest of the booth.

Thank God my kid didn’t play for a team that Beth and the Two Time Gold Medalist were schilling and I didn’t have to listen to this all year.
C

Mowins just said "the one seed and the un-seed" 4 times in 70 seconds and now my ears are bleeding. I don't need to hear that ever again.
J

During the wcws this year, I think talking about Simpson from texas and her changeup. Saying she could throw it here there, and even in the dirt sometimes if she wanted too, as they show her bowling it in. Lol ya right like she did it on purpose.

Second also during the wcws, “If they want to win the game, they’ll have to score more runs then the other team!” Ya no crap that’s how it works! 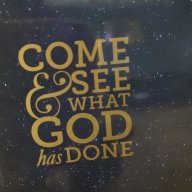 MoJo said:
Announcers shouldn't comment on rules. Sadly, they are wrong so many times and make it worse for the viewer/listener.
They should tone down their bias toward "Their Team".
Click to expand...

Absolutely true. So tired of hearing the announcers drool over Alo and Oklahoma in general. Yes they slaughtered everyone. we know. Their games were pretty boring to watch due to excessive slaughter, but those announcers just never let up. (Just my opinion however!)
L

"She's able to get around that outside pitch and pull thru 5-6 hole". Great....except the ball was right down the middle and 'getting around' an outside pitch is not what any hitting instructor teaches.